Frank Lampard described the decision not to award Everton a late penalty as “incompetence at best” as Manchester City ground out a 1-0 win at Goodison Park to move six points clear at the top of the Premier League.

City’s first league defeat since October last weekend against Tottenham has reawakened the title race with second-placed Liverpool having a game in hand on the leaders.

But the drama did not end there as Everton had strong claims for a penalty waived away after a VAR review for a handball by Rodri.

“The decision was incredible,” said Lampard. “A mistake is when you have done something wrong and don’t have time to think about it. They had two minutes to digest the handball.

“Even if the VAR says not sure, then go have a look. It is incompetence at best, if not that then someone needs to explain what it is.”

Lampard’s men are now just one point above the relegation zone, but there was hope for the Toffees in a battling performance that pushed the champions all the way.

Before kick-off both sets of players showed solidarity with Ukraine as the eastern European nation is under siege from a Russian invasion.

Ukrainian internationals Oleksandr Zinchenko and Vitaliy Mykolenko were named on the bench.

City left-back Zinchenko was moved to tears as his teammates wore tracksuit tops blazoned with the Ukrainian flag and “no war”, while Everton players took the field with Ukrainian flags draped around their shoulders.

Once the action got underway, it was hard to tell which was the side going for a fourth league title in five years and the one battling for survival.

“The performance was great,” added Lampard. “Everyone in the stadium would have felt the level of performance in so many ways.”

Everton’s energy forced City onto the back foot, but without the injured Dominic Calvert-Lewin, the hosts failed to take advantage.

Jonjoe Kenny sliced their best opening into the side netting before Richarlison fired too close to Brazilian international teammate Ederson.

City rode out the first-half storm and went on to dominate the second without creating many big chances.

Jordan Pickford made double saves to deny firstly Foden and Joao Cancelo and then powerful efforts from Kevin De Bruyne and Bernardo Silva.

However, their defensive resistance was ended by a basic error as Keane failed to connect with Silva’s low cross and Foden pounced to tap in from point-blank range.

“I have to admit (it was) really important,” said Guardiola on bouncing back to win. “The second half was much better.”

Guardiola claimed there was an offside in the build-up to the penalty claim, but City instead got away with the lack of conclusive proof that ball had struck Rodri low enough on the arm to be considered handball. 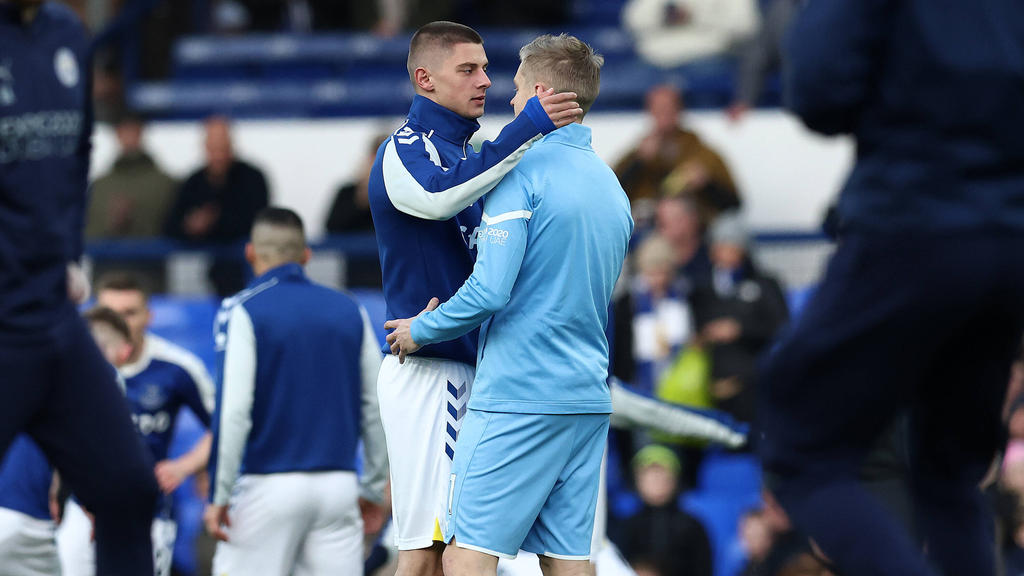