Despite the presence of Portugal superstar Ronaldo in their attack, United have scored more than once in just three of their nine league matches under Rangnick.

Ronaldo has gone five games without a goal in all competitions and looked unhappy when he left the pitch at full-time after his substitute appearance against Burnley.

The 37-year-old, United’s top scorer this season with 14 goals, last went five games without a goal in club football at Real Madrid in 2010.

Rangnick knows Ronaldo’s goals are essential to United’s hopes of a successful end to the season, but he wants the rest of the team to shoulder some of the burden as well.

“It’s not only about Cristiano Ronaldo. That he should score more goals is obvious,” Rangnick told reporters ahead of Saturday’s Premier League game against Southampton.

“I think we are creating enough chances and enough opportunities in the last couple of games but we just didn’t score enough goals.

“But this is not only an issue with Cristiano, it’s also an issue with all the other players, especially with the offensive players, that we do not score enough goals if you bear in mind how many chances we create.

“This is also something that needs to get better in the next couple of weeks.”

Reports this week claimed some of United’s players are unhappy with Rangnick’s dour style and his use of assistant Chris Armas.

Lasso is the hapless American selected to manage fictional side AFC Richmond in a current television comedy.

Rangnick refused to be drawn on that report, saying: “Now it’s about rewarding ourselves and getting also the results that we should deserve.”

United are sixth in the Premier League after the draw at Burnley dented their top four ambitions, with captain Harry Maguire’s role in the equaliser at Turf Moor leading to renewed scrutiny of the England defender’s shaky performances.

“I think he had an outstanding game against West Ham, like all the rest of our backline,” Rangnick said.

“Against Middlesbrough, we didn’t give away that many chances and at Burnley, yes, we could have defended that transitional moment better than we did.” 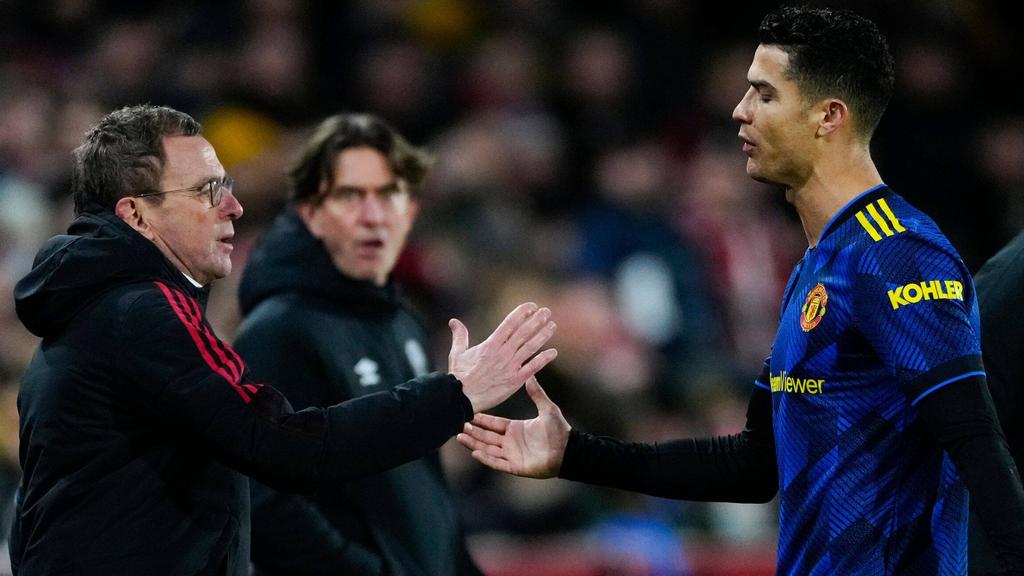