Chelsea swept to a 3-0 win at Leicester as N’Golo Kante’s rocket helped the Premier League leaders move six points clear at the top on Saturday.

Antonio Rudiger opened the scoring and Kante’s long-range blast put Chelsea in control before Christian Pulisic came off the bench to score in the second half.

Thomas Tuchel’s side are unbeaten in their last nine games in all competitions after erasing the bitter taste of a frustrating 1-1 draw against lowly Burnley before the international break.

It was the ideal preparation for a big week that features a crucial Champions League tie against Juventus on Tuesday before Manchester United visit Stamford Bridge on November 28.

“It’s a good away game, an excellent result. We created a lot of chances,” Tuchel said.

“We knew we needed to be strong from first to last minute. This is what we did.

“N’Golo is outstanding. He finds another gear on the pitch, when he plays with a free mind he can be the difference.”

With Belgium striker Romelu Lukaku hoping to return shortly after an ankle injury and Timo Werner back among the substitutes following his hamstring problem, Chelsea are perfectly positioned to cement their place at the top of the table.

The only concern was an injury that forced off Italy midfielder Jorginho in the closing stages.

Chelsea made quick work of dispatching lacklustre Leicester, who had managed only one clean-sheet in their previous 17 league games and none since the opening day of the season.

Foxes boss Brendan Rodgers switched to a three-man central defence in a bid to shore up his leaky rearguard, but Chelsea easily found holes in the formation.

Ben Chilwell has been among the goals for both Chelsea and England lately and the left-back should have opened the scoring against his former club after just four minutes.

Picked out by Jorginho’s raking pass, Chilwell got behind the Leicester defence and surged into the penalty area, only to drive his shot against the crossbar with just Kasper Schmeichel to beat.

Every touch from Chilwell was jeered by Leicester fans, but he helped silence the crowd in the 14th minute.

Chilwell curled an inswinging corner towards Rudiger and the German centre-back got between two Leicester defenders to glance a header into the far corner.

It was a well-timed reminder of Rudiger’s quality as Chelsea try to persuade the 28-year-old to sign an extension to a contract that runs out at the end of the season.

“Everybody wants him to stay. It’s pretty clear,” Tuchel said.

“Sometimes there’s a delay in these things, but he knows which club he plays for – a fantastic club in a fantastic league.

“We need a bit of patience and hopefully there will be a happy ending.”

Having squandered the lead against Burnley after missing a host of chances, Chelsea were in no mood to repeat that mistake and they struck again in the 28th minute.

Reece James dropped his shoulder to work space for a pass to Kante and the France midfielder advanced unchecked before drilling a fine finish past Schmeichel from the edge of the area.

Like Rudiger, it was Kante’s first goal since scoring in the win at Tottenham in September.

Chelsea midfielder Mason Mount was anonymous in his first start for almost a month after dental surgery and he was hauled off on the hour.

Pulisic was Mount’s replacement and the United States winger seized his chance when he stabbed home from fellow substitute Hakim Ziyech’s pass in the 71st minute.

It was Pulisic’s first club goal since the opening weekend of another injury-plagued season for the 23-year-old. 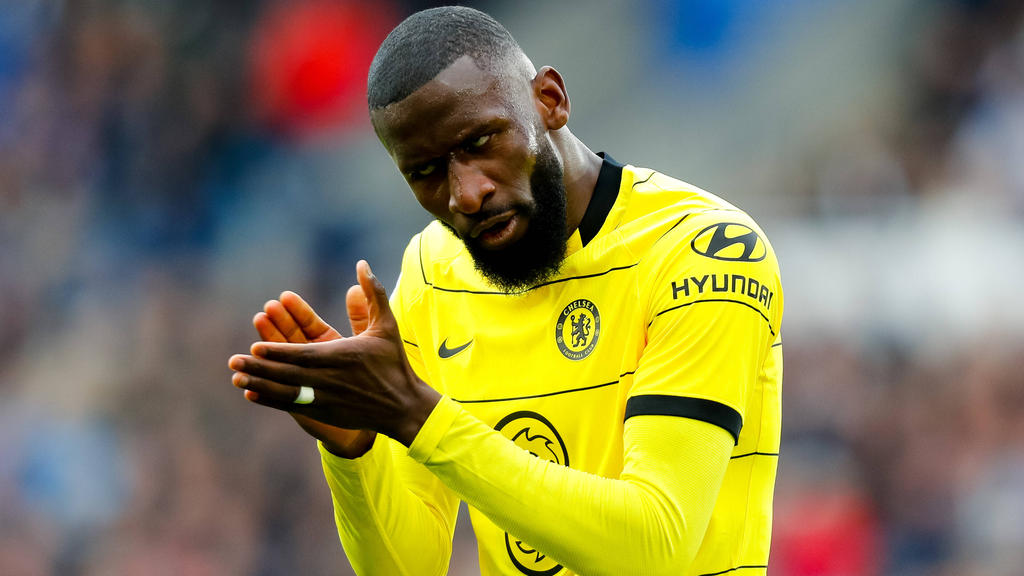