City are 10 points clear at the top of the table and Liverpool boss Klopp has been forced to concede the champions are out of the title race.

The injury-plagued Reds are languishing 16 points behind City in sixth place after three successive league defeats.

But Klopp, whose team were thrashed 4-1 by Pep Guardiola’s men recently, is adamant City are not going to be the driving force behind his own plans for improvement next term.

“We do not have to think about that now because we do not play them any more this year, probably. Maybe in the Champions League,” Klopp told reporters on Friday.

“It was never the case where we thought ‘how can we overtake City’, or ‘how can we become the finest team in English football again’?

“We just wanted to be the best version of ourselves. We have that chance again. If that is good enough, it is good enough. If another team is better, that’s how sport works.

“We cannot do more than be the best version of ourselves and that is what we will try again as a team. For that we need a little bit more luck, of course. Slightly more luck with injuries and we can get closer to that.”

Klopp has lost all three of his senior central defenders to injury, with first-choice pair Virgil Van Dijk and Joe Gomez both suffering long-term problems within a couple of weeks of each other two months into the campaign.

Thiago Alcantara also missed 16 matches with an injury sustained in October, barely a month after arriving.

“We all agree, and I’m sure Pep would say that, in a normal season for both teams we would not be 16 points away. But we are. That’s how it is. We accept it,” Klopp said.

“This season it is not our concern how close we get to City. It is how far we can go up the table. That is enough work to do.”

Having managed just two wins in their last 10 league matches, Saturday’s visit of Everton – three points behind their local rivals with a game in hand – for the 238th Merseyside derby is a crucial one.

Liverpool have not lost to Everton at Anfield since September 1999, but their formidable home form has deserted them and they have gone five matches without a win.

And while Klopp said there would be no payback from his players, he does want them to be “emotional”.

“We always are emotional. That is our way to play. What the other team does, I have no influence. Nothing to say about that,” he said. 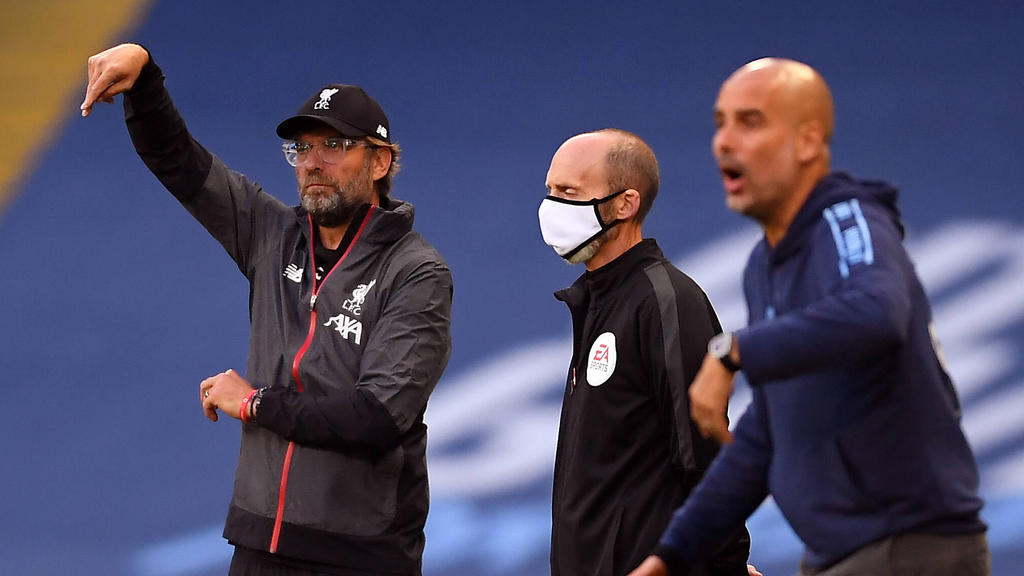